Loading posts...
Home Movies The Big Combo is a Thriller Full of Surprises

Now reading: The Big Combo is a Thriller Full of Surprises

The Big Combo is a Thriller Full of Surprises

Are you a fan of movies that twist and turn and unbalance you with sudden and unexpected directions? Are you someone who binge watches movies regularly on online platforms like ilgeniodellostreaming? You know, movies like Heist, and The Usual Suspects, and Pulp Fiction. It might seem that only sophisticated audiences of today who have seen sooooo many formulaic plots in their years of growing on TV and movies could appreciate such unnerving plot developments. In fact, movies that throw things at the audience from out of left field have been around for decades and one of the best and most underappreciated is a film called The Big Combo, made in 1955.

Directed by Joseph H. Lewis, the movie stars Cornel Wilde as a cop and the amazing Richard Conte as one of the greatest unknown movie villains of all time. Conte’s performance in this film makes most modern-day gangsters seem downright silly by comparison. Wilde’s cop is a far more interesting character than most cops are as well. Yes, he’s a good guy, incorruptible, but he’s got his demons and during the course of the movie those demons cost an innocent life.

The movie is unsettling from the beginning. Shot in magnificent black and white with a use of the film noir standard long shadows almost unparalleled in history, the viewer is thrown in without warning into this topsy-turvy world. At first it seems as though this is going to be yet another 50s crime drama set in the boxing world, but after an establishing shot of a match, we are suddenly thrown into the chase of a beautiful blonde woman by two thugs.

Here Are Some Of The Benefits Of Using A Clear Face Masks!

Don’t get comfy, these thugs are Earl Holliman and Lee Van Cleef, both of whom would eventually go on to become household names. In a movie charged with sexuality, these two thugs will eventually come to be clearly represented as having a homosexual relationship. 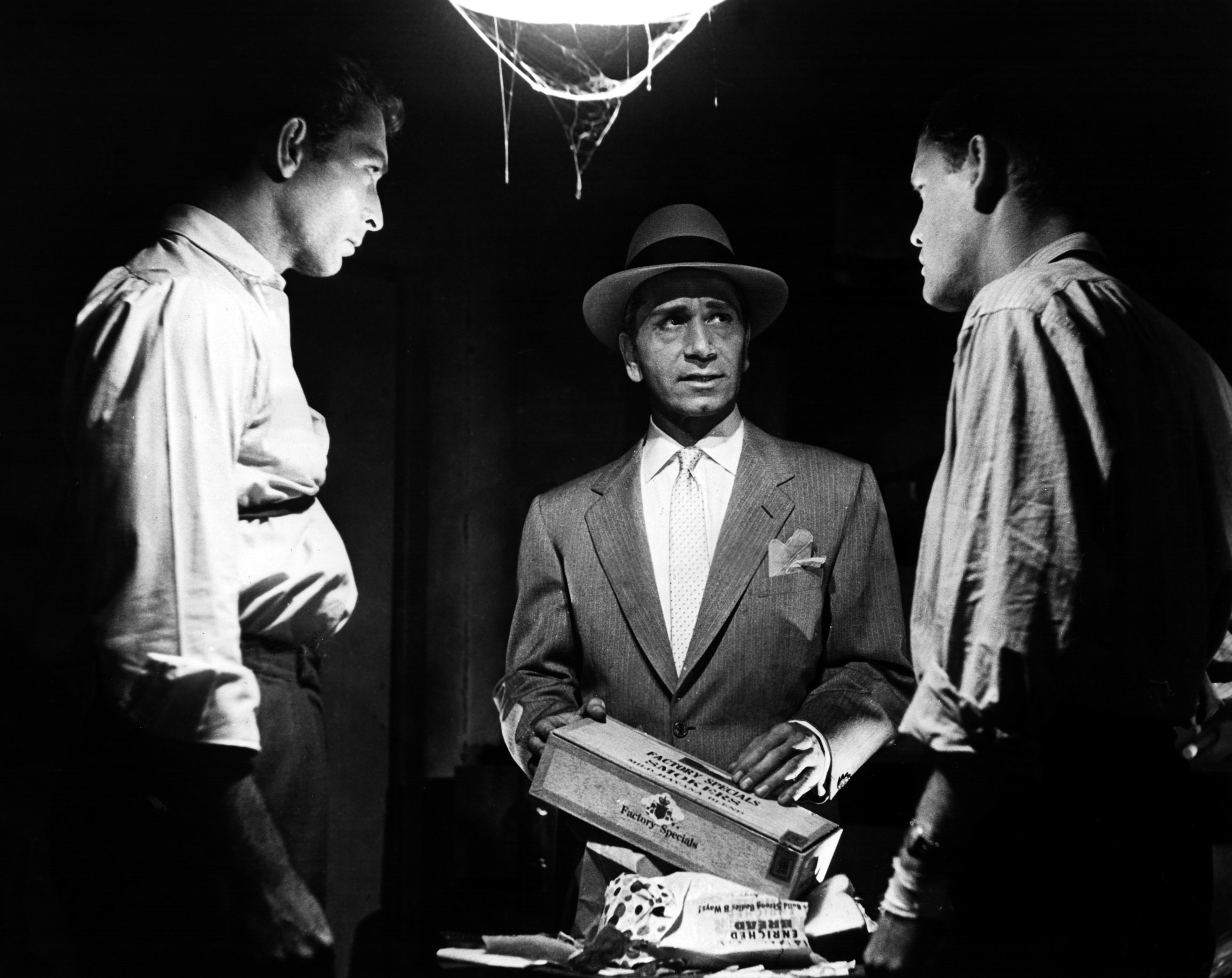 And you thought 50s black and white movies were boring!

After the opening scene, presented with no exposition or explanatory material at all, we cut to Wilde’s cop where we finally learn what this movie will be about. Wilde is after mobster Conte, and obsessed with Conte’s girlfriend who is played by Jean Wallace, who was Wilde’s real life wife. Wallace tries to overdose and speaks the name “Alicia” which sets off a wild and thrilling rollercoaster of a ride that makes Pulp Fiction look predictable by comparison.

I don’t want to give any plot elements away, but over the course of the movie you’ll follow Wilde as he does track down who Alicia was, discovers she was murdered, finds out maybe she wasn’t after all, and discovers that not being nice to girlfriends can result in things you really don’t want to happen. You’ll also meet a mob boss with a hearing aid and a Swedish antiques dealer who used to be a sailor.

This movie is filled with amazing scenes. There is a long, involved sequence involving the torture of Wilde’s character through the use of hearing aid and a radio, not to mention a bottle of hair tonic that isn’t used on hair. For its time this scene was as graphic as the torture sequence in Reservoir Dogs is to modern audiences.

The Conte character is as smooth and cold as ice as he takes the hearing aid from his second and sticks it into the cop’s ear. Wilde’s performance comes alive in this scene as you palpably feel the pain in his ear, especially when Holliman’s character screams madly into the microphone. Even more graphic is the end of the scene when hair tonic is being forcibly poured down Wilde’s mouth as he gags, spits up and stumbles around the room while tied to a chair.

Another scene involves graphic sexuality, at least for the time when this movie was made. Wallace is drinking, trying to forget all about how miserable and unhappy her life with Conte has become. Conte confronts in their home and questions what she knows about Alicia.

He grabs her and kisses her roughly on the mouth, after she breaks free and tells him she despises, Conte comes up behind her and begins kissing her neck before slowing falling down out of the frame. The look one Wallace’s face leaves no doubt as to what Conte is supposed to be doing to her. The lack of nudity and graphic depiction makes the scene all the more shocking, even nowawday.

One more scene cries out for attention, despite the fact that I am breaking my promise not to give away any twists. Eventually, and you will probably expect it, Conte’s second tries to take over, sensing that Conte’s days are numbered. In just one of many double crosses that take place, he is murdered. 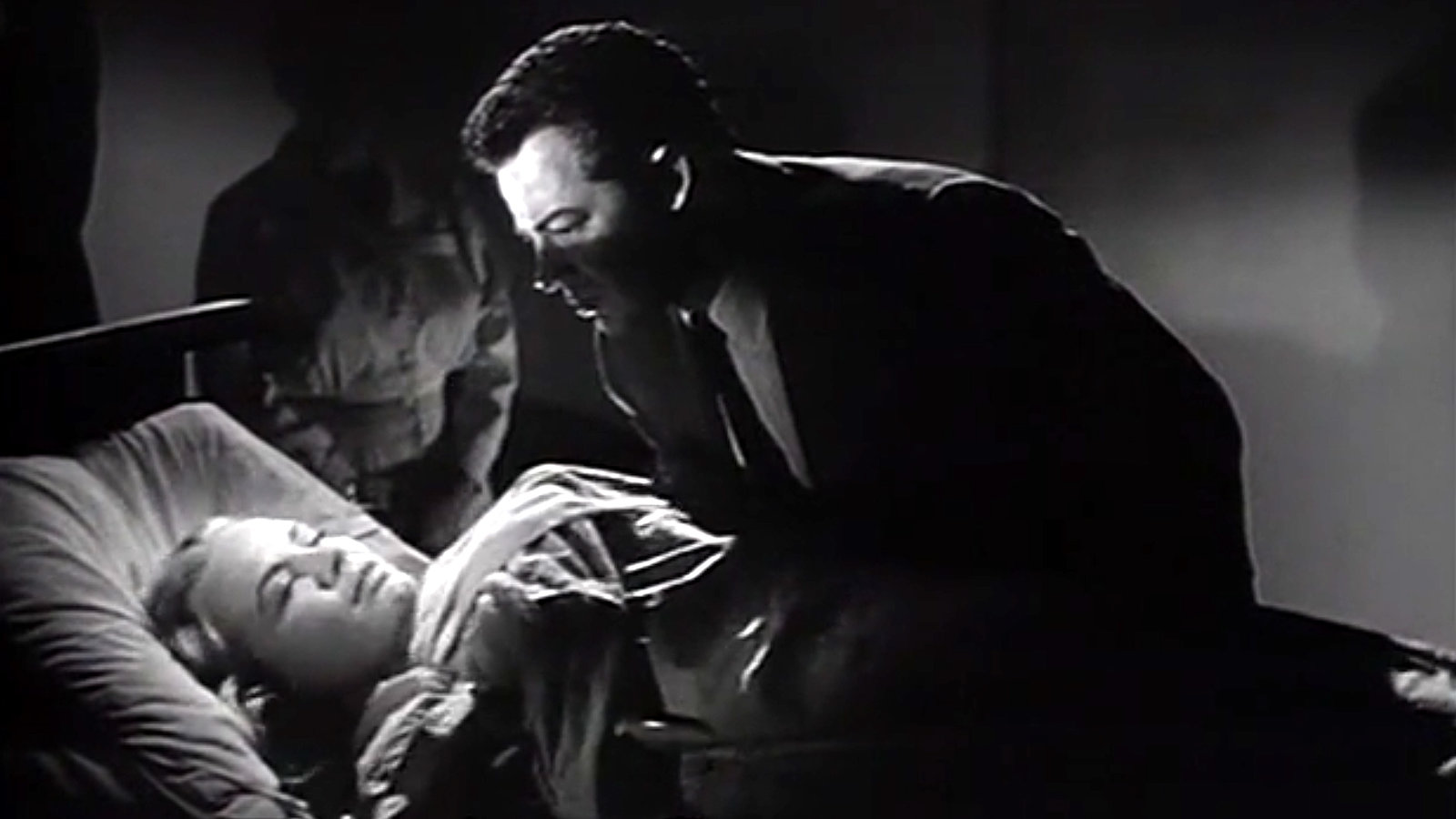 Conte has removed the man’s hearing aid, however, to make it more merciful. It may have to be seen to believed, but few execution scenes are as powerful as the completely silent shooting scene that follows. It’s been said that filmmakers that came after the talkies had died never really knew how to use silence effectively. This little scene proves that lack of gunshots and screaming is far more frightening that utter dependence on them.

The best reason to watch this movie, however, is enjoy a master portrayal of a villain. Watch Conte, watch how he refuses to look at people to whom he’s talking. Notice how he gets other people to repeat what he said to someone standing right there carrying on a conversation with him.

Conte has created a character who has risen to the top through murder and mayhem, but also style and charm. In fact, as he points out on several occasions, the difference between successful men and also-rans isn’t money or clothes or history, it’s style. As his character says, “First is first and second is nobody.”

This movie’s twists and turns and characters are second to nobody.